Geez things move quickly! A very short time ago I complained about Madonna blasting negativity about her leaked demos instead of using her savvy to navigate the situation. Then BAM she surprised dropped a pre-order for the new album, Rebel Heart, with SIX tracks available for immediate download on iTunes! THIS is the Madonna I know and love! Whether you believe the "leak" was staged or not, it was a genius move that landed the album at #1 in 41 countries according to this wonderful new interview with Rolling Stone. Naturally, I pre-ordered the thing as fast as my fingers could log into iTunes. (And count me in for a physical CD when it comes out in March.) In one fell swoop Madonna took the attention back from the leaks and onto her music the way she wanted to present it and I'm quite impressed. The six tracks are pretty fabulous and you can read a nice overview from DJ Taj on his blog. 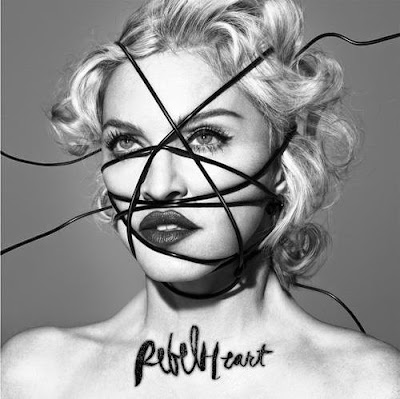 As for the original leaks, I began listening to them after purchasing the pre-order and for the most part the officially released versions are better. (However, I still enjoy being able to compare and contrast the versions and hear how the songs evolved.) I'm a giddy Maddy lovin' fanboy again and SO happy she decided to officially release new music so fast!

What can I say? Although I occasionally complain about Madge, I love her music and she always wins me back. Well played, Madonna. Well played...
Posted by Garth J at 3:25 PM